Australia Implemented an English Test for All Taxi Drivers 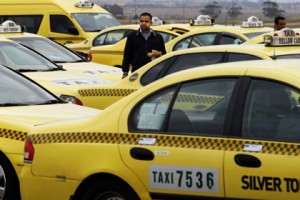 Many immigrants and future citizens are worried by the latest news. Australian Transit bureau implemented a mandatory English language test for all taxi drivers in the country regardless their country of origin. This includes actual Aussies. On the surface there is nothing to worry but what comes next? A language test for residents?

All active cabbies will have to reapply for their licence in order to drive a taxi in the Australian soil. The measure is intended to address the problematic many citizens are raising for the past 10 years. It is ever day story that a taxi driver does not understand simple English and cannot follow basic directions. Sometimes practiced as an advantage to over charge a drive or avoid a ticket.

The test was originally intended for foreign Taxi drivers in Australia, however the Queensland Transportation office made it official for all drivers. The result was a 21% failing rate over a 864 tests. The figures talk by themselves. It is just a matter of time for Australia to include such test in other scenarios.

Don’t be surprised when a language test is included in the naturalization application or even for settlement purposes. Remember that the UK has a test applicable for every immigrant with intentions of settlement; this many times include residence and work permits and visas. How many times have we seen Australia copying regulations from mother England?

What is next? A Life in Australia Test for all settlers and a possible Online English for Speakers of Other Language course… 21% failing rate is a large number.