Australian Citizenship for Murdered Woman as a Sign of Respect 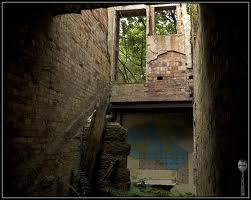 The past month Australian was witness of on of the most cruel scenarios for the last 10 years. Yanina Gonzalez was found murdered in a disable bathroom of Perth. The event rouse great distress among the Australian Government. Yanina and her family have been living n Australia as permanent residents for te last eight years.

Their neighbors and friends talked about the Gonzalez family as a great example of Australian integration. Gonzalez family came from Nicaragua looking for a better life and a just system that could give them comfort and a future. They entered the country as part of a skilled worker program in 2003. Two years later the family, Mr Gonzalez, Yanina and their daughter Luz, where granted permanent residency in the state of Victoria. Around 9 months the family decided Australia was their new identity and attempted Australian Citizenship.

Mr Gonzalez told us the citizenship test was a real challenge for them since they both work all day and have little time to spend in between their daughter Luz, school and the house. However they successfully passed the citizenship test and where ready to be called for the Oath ceremony. Mr Gonzalez, devastated as he was had completely forgotten about his possible citizenship when He received a call of both the police officer in charged of the investigation and a DIAC officer.

Australia was granting not only him and his daughter but also his wife with Australian citizenship as a sign f respect and appreciation for an example family. “The DIAC officer was very touching on the phone and advised that we where expected at a special ceremony with the judge and senator con commemorate our family citizenship” said Mr Gonzalez. He was truly honored to have his wife granted citizenship even in death, her last wish was fulfilled in honor, belonging was something she cherished in her heart after departing from Nicaragua.

The murder of Yanina Gonzalez might never be resolved but she won’t pass unknown trough our minds as a Nicaraguan murdered in Perth but a true Aussie victim of a tragedy that involves all of us. On my personal opinion I have rarely seen such gesture from the Australian Government. It makes me happy to know we have such great principles, that we value life over crisis or immigration policies. It is a real relief.