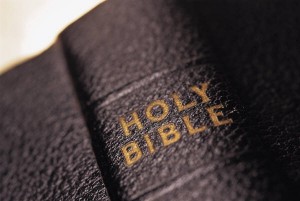 Back in 2008 when the regulations for the citizenship test and ceremony where launched Australia introduced the concept that Holy Bibles and religious books could not be given as an official gift at the ceremony. However this regulation was never enforced until recently. Still the attendants had the right to take their own books and have them marked at the ceremony.

This regulation started a sort of a fight with Immigration and citizenship ministry and the religious community. Australia is proud to announce its freedom of speech and religion for all Australians, then why was such a regulation even created? What holds a church of going to a citizenship ceremony and give holy bibles away as gifts to the new citizens?

The citizenship ceremony is the final step in the naturalization process. It is a moment of joy and commitment where the new citizens embrace the Australian way and responsibilities. It is only normal that a citizen will find himself inclined to remember their faith. There is no better way to do so than by taking or getting a holy book with you, not only the Bible but the Tora, Koran or the Tibetan book of Dead if wanted.

This same predicament was exposed to the DIAC when the rule was enforced back in 2008. Last monday immigration and citizenship minister Chris Bowen announced moved to clear up the confusion regarding the rule from the citizenship ceremony code. Australian government remains not approving the distribution of holy books as official gift by the organizers of the ceremony, however the attendant and other institutions are free to join the ceremony share books with the attendants. By no means the holy books are banned from the ceremony, the new citizens have the possibility to have the pledge sciptured on them are more than welcome.

Words in the wind….

This article was posted in Editorial.