The Indian Students Number Dropped a 30% in Australia 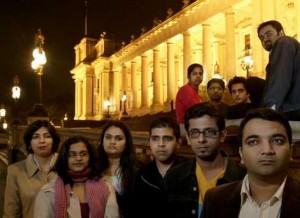 Australian government announced a drop of 30% of the number of Indian Students in Australian educational system comparing to 2010. The Immigration and citizenship center has released a difference of 25.841 student less in Australia holding the students VISA. Right now the country has 59,719 students in universities, why is this happening?

This is the most important question the country wants to answer. Word came from New Delhi in the hands of the minister of state for external affaires S M Krishna “Among the causes there is the constant attack to the Indian population in Australian Grounds”.

Australia is one of the countries that regards themselves as multicultural and tolerant of others ideologies and races, then why is it that the 30% of the Indian population is choosing other countries over Australia? Why is it that the UK and Canada is getting the remaining traffic?

The Skilled and student VISA has been a very important source of income for Australia. A foreign student applying for one of these visas will have a scholarship with an university generating income for the whole sector. With this we are not saying that the Australian population is not collaborating, what we are stating is the obvious, a student that comes to the country to study will activate a number of resources the country needs. He will need to pay a rent, buy food, take the bus and study. He might even have a temporary job. At this point this is crucial since the global financial crisis has resulted in the ongoing closure of Universities creating uncertainty in the stability of the Australian Education system and the rising of the Australian dollar. Both realities are mining the Indian Students faith in Australia and their future in our country.

But what about the fact that the Indian Population is being attacked? Australian citizenship values does not support such action. The indian people is not aggressive at any level, if something they are always respectful and helping. They make awesome workers and easy going job partners. They are dedicated and respect other people believes. Not all of them are religious and even if they are Australia is proud to state that is a free country where all religions can be practiced.

What is our government doing about this then? The minister of external affairs assured the Indian government that measures will be taken proactively by Australia to ensure the Indian population safety. More police will be destined to public transportation and the punishment for violations to the Indian community will be more severe.

Is this really a solution for the problem? Putting more force in the public transportation and threatening offenders with severe punishment? Is that the best we can do as a conscious society? This is unacceptable for our very own children, what will come next? The army on the streets to protect us from ourselves? This problem needs to be addressed in the proper manner: INTEGRATION. Make people aware that Australia is an open country for many cultures and that our future relays in how well we adapt to the global changes the world is suffering these days. Discrimination and violence was never a solution to the worlds evolution, and never will be.