The Value of Australian Citizenship 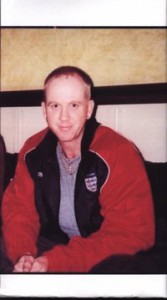 What is citizenship for us? Yes, it is a good deal in terms of taxes and pensions, it is also a good deal for medical care. But there are other factors that are more important regarding Australian Citizenship than these. Being a Citizen means that Australia is responsible of you until the day you part fro this earth. Even if you are a criminal, convict a nun or a child the government is responsible of your well being in Australian soil and overseas. Proof of this has lately rise up in the newspapers. An example of what the lack of citizenship can do to you in the worst scenarios.

Clifford Tucker, 47 has been deported from Australian soil after been rejected citizenship on character grounds. His parents moved from the UK 40 years ago with the 6 years old Clifford. Father of three Mr Tucker was convicted to a 12 year sentence in the Australian Penitentiary system back in 1983. In 2009 he committed an assault to a police officer and sentenced ones again.

Mr Tucker stated that he never thought of citizenship since he felt Australian after 40 years of living in the country. He also stated that is not fair separating him from his family after that long and this feels like a double punishment for his crime.

“The Federal Government is saying because I committed a crime in 1999 and then committed another crime in 2008… I haven’t changed… and that’s completely wrong,” Mr Tucker said in an interview.

Australian Government responsibility is to ensure safety to the community. In this case Mr Tucker failed one of the basic requirements for Visa and citizenship thus needed to be deported to his home nation, the UK.

“I’ve done so much to try and improve myself – going to drug and alcohol [rehabilitation], receiving medical assistance when I needed it, off my own bat, not drinking, doing voluntary work, trying to help people. And yet they’re trying to make me out to be some sort of career criminal that’s a danger to society.” Mr Tucker said.

Three police officers and a citizenship and immigration officer escorted Mr Tucker o the UK with 2.400 Australian Dollars and a 6 week lease in a pension. Mr Tucker has no way to sustain himself after 12 years of conviction and a bad character history. His only resource would be the ex prisoners associations in the UK. The contact with his family has been severed and limited to a phone call or mail. Tucker family is worried he might commit suicide in the next few weeks. Alone in a country strange to him…

Is this justice? Mrs Tucker has no Australian citizenship, just a permanent residency status. Will he be able to apply for a Visa in a few years? For a citizen the story would have been different. Australia is responsible for the good of bad character of its citizens regardless of their crimes. One of Australian citizenship many values.

This article was posted in Australian Citizenship Benefits.